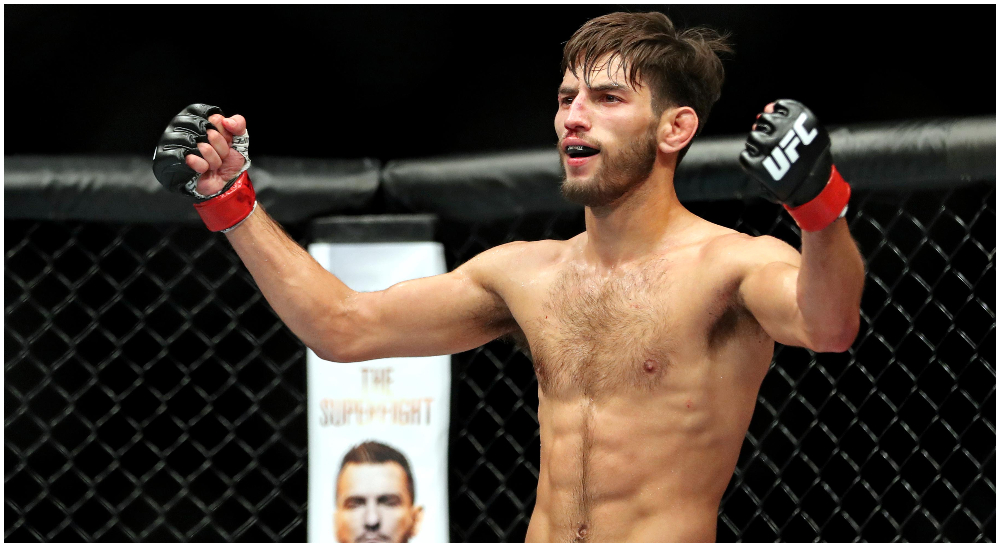 After the thrilling Fight of the year-candidate against Su Mudaerji last month, No. 8 ranked flyweight Matt Schnell will return to face No. 7 ranked Matheus Nicolau. The fight was first reported by MMA Junkie.

The flyweight bout will take place on December 3, but UFC has not announced a location or venue yet. However, an interesting women’s flyweight fight between Tracy Cortez and Amanda Ribas was just booked for the same event.

Read more: Dana White names unexpected fighter as “one of the biggest stars” in UFC

Matt Schnell: “I think he got tired from beating on me”

In his last fight at UFC Long Island, Matt Schnell got beaten, rocked and dropped by Su Mudaerji, before he turned the fight around, got his opponent to the canvas and submitted him with a triangle choke. The performance was  one of the craziest comebacks in recent years and was awarded with the Fight of the Night bonus.

“It feels good. I train hard. I worked hard for this,” Schnell said after the fight. “I knew I could do it. I knew I could put him away. I think he got tired from beating on me so I was able to capitalize on it.”

Check out the crazy finish below!

Schnell’s next opponent, Matheus Nicolau, is on a five-fight winning streak, with three of them coming in the UFC. All in all, he has a record of 17-2. Nicolau competed in UFC between 2015-2018, and then came back to the organization in 2021.