Cousin claims Khabib will be back as a MMA coach: "He cannot stop”
Advertisement [adsanity_group align='alignnone' num_ads=1 num_columns=1 group_ids='215'] 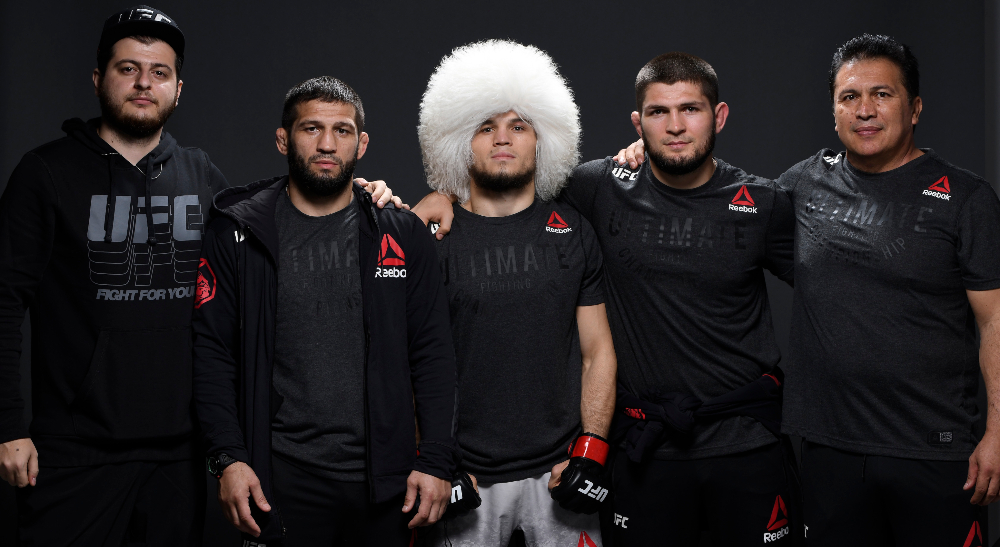 Former UFC lightweight champion Khabib Nurmagomedov has found massive success as a coach, after he retired from professional fighting back in 2020. So when he recently announced that he will be stepping away from coaching to spend more time with his family, the MMA world was shocked.

However, his cousin, undefeated UFC bantamweight Umar Nurmagomedov, recently claimed that his relative and coach probably will be back sooner than later.

“This guy my brother and with me. He cannot go away,” Nurmagomedov said at the UFC Fight Night 217 media day. “I was calling him, talking to him about this fight, about cutting weight. This guy just stopping too much fly. When I go home, I’ll be training with him. I will go to his home and say to him, ‘Hey, let’s go to training.’ But even this guy is all the time training. He cannot stop.”

Javier Mendez to Khabib: “You can just show up fight night”

“I told him to just remember, you can always come back if that’s what you choose to do,” Mendez recently told Submission Radio. “Just your presence there in the corner with us is a big push for the guys. So, you don’t have to train the guys, you can just show up fight night. But he at the present time is choosing to just stay at home, and be with his family. How can you fight that? There’s really nothing I can say that’s more important than family, so I’m with him 100% on what he wants to do.”