Samuel Bark wins with a massive first-round TKO: "I want to represent Sweden in the UFC" 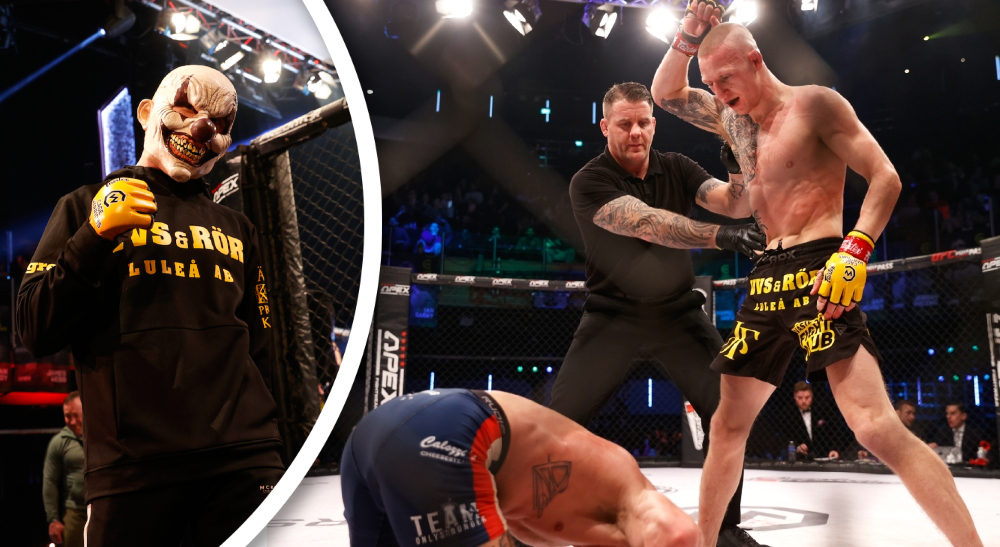 The self-proclaimed Swedish knockout king, who’s finished ten of his eleven professional wins by T/KO, will square off against undefeated Irishman Ryan Shelly in a battle of rising featherweight prospects, where the winner could very well position himself as a future title contender.

“Fighting an Irish in Ireland, can’t get much better than that. It’s going to be a pleasure entering the Cage Warriors cage in Dublin in front of all the Irish fans,” Tobias Harila wrote on Instagram, reacting to the fight announcement.

Tobias Harila has made a name for himself as one of the most entertaining fighters on the European MMA scene, known for putting on a spectacle both in and outside the cage every time he competes. Besides racking up a 11-3 pro record with one brutal stoppage after another, his walkouts has been second to none since joining the Cage Warriors roster.

The 29-year-old is currently 3-2 in Cage Warriors and most recently competed on the promotion’s New Year’s Eve show, where he scored a big knockout against American prospect Damon Wilson, handing Wilson his first professional loss.

Ryan Shelly, on the other hand, is one of Ireland’s hottest prospects. He holds an undefeated 6-0 record, including five wins in Cage Warriors, and is currently coming off a submission victory against Wales’ Josh Reed.

Cage Warriors 153 marks the promotion’s long-awaited return to the 3Arena in Dublin. Earlier this week, it was announced that the show will be headlined by a big title fight in the welterweight division as Northern Ireland’s Rhys McKee – the reigning 170 pound Cage Warriors champion – takes on British interim champ “Judo” Jim Wallhead in a battle of UFC vets.

“This is one of the biggest fights in the history of Cage Warriors…” said CW President Graham Boylan (via CageWarriors.com).

“Fans have been asking for us to return to Dublin; there’s no better place to do so than the 3Arena, with a massive welterweight title unification bout and a host of incredible Irish talent on the card!”

Swedish MMA fighter Jonny Touma inks deal with UAE Warriors: “I’ve been longing to get back”